A Client’s Perspective: Getting a Frank Sanchez Tattoo 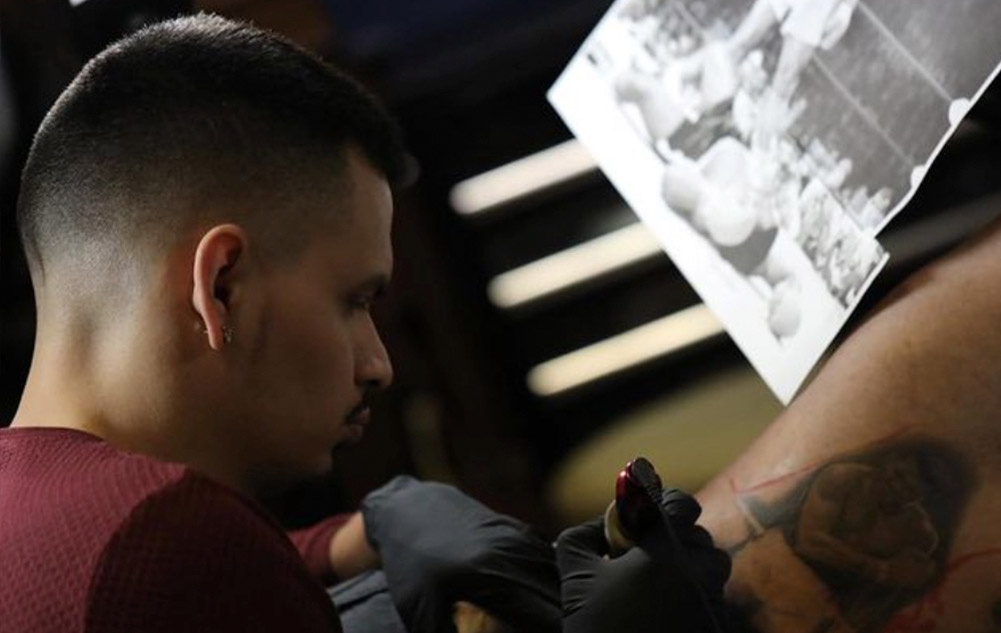 I have eleven tattoos currently. Frank has designed and tattooed four of them. My favorite ones so far. In working with Frank, I realized there are some distinct differences between him and working with other tattoo artists that I have had give me tattoos. These are the differences that keep me coming back to him and always wanting another one.

1.) Frank is the ultimate tattoo professional.

Frank’s passion is art and creating the absolute most awe-inspiring tattoos he can. When you get a tattoo from Frank, you know that he is going to invest the time to do it right. You come to realize that when you get up from his chair to check your tattoo in the mirror you are going to love it. He is a professional in every aspect of the word. It makes for an enjoyable experience from start to finish.

2.) Frank listens to what you want and delivers.

I have had some very negative experiences with other tattoo artists at the beginning of getting work done. One was a complete jerk. I took my son for his first tattoo on his 18th birthday and got my first tattoo as well. The tattoo artist would not listen to what my son or I really wanted. In fact, he refused to even do the tattoo my son had waited over a year for. He was arrogant, pushy, and all-around unkind. Our first tattoo experience as father and son was bewildering. We didn’t understand why we could not get the tattoo that we hoped to have. The second tattoo I got had lettering. The artist did not pay attention to the exact words I asked for. When he came back with the design and I told him this was not the wording I wanted he just retrofitted the words in. I should have walked away both times. But I was new to the process. And my first two artists knew that and took advantage of me. Frank is the total opposite. He listens closely to what you want. He hears and processes every detail to give you a tattoo that you will love. He takes the time to design it, size it, and place it exactly where you want. You can tell that the art and giving the client a great experience are both a passion. It’s one of the main reasons I will always go back to him.

You wouldn’t know he’s as well known as he is. Even though Frank has been named the “Best Tattoo Artist in DFW” by Dallas Observer magazine and they described his work as something that “makes us want to leave our anchor tattoos at the bottom of the ocean and in the past. The tattoo artist’s hyper-realistic work would’ve impressed Renaissance masters. Sanchez is a skilled painter, too, and his artistry is evident. His multi-detailed skin art has so much depth it looks like the kind of 3D you’d pay to watch at an IMAX theater. Sanchez works by appointment only and specializes in color realism, black and white, and portrait tattoos. Sanchez also does custom tattoos and manages to make even the cheesiest of pet photos look tasteful.”